Jaro Veselinovič completed his undergraduate and master studies at the Department of Ethnology and Cultural Anthropology (Faculty of Arts, Univerity of Ljubljana). In 2017, he defended the BA thesis Bosnia in Transition, Bosnians in Transit: Contemporary Migrations from Bosnia and Herzegovina in the Light of Political-Economic Changes. In March 2021, he completed his MA studies with the thesis Transformation of Everyday Life in Post-Socialist Macedonia: Hope and Waiting between Socialism and the European Union, which was nominated for the University of Ljubljana’s Prešeren award. He deepened his knowledge by studying in Prague (2015/2016) and by studying and practical training in Skopje (2018/2019).

Since October 2021, he is employed as a research assistant to Saša Poljak Istenič, Ph. D. at the Institute of Slovenian Ethnology at ZRC SAZU and enrolled in the Ph. D. study program at the Faculty of Arts under the mentorship of Miha Kozorog, Ph. D. He cooperates in the Urban Futures project with the research focusing on the European Capital of Culture as a ritual of Europeanization.

Jasna Čapo (BA University of Zagreb 1984; MA and PhD University of California Berkeley 1990) is Research Advisor at the Institute of Ethnology and Folklore Research in Zagreb and Titular Professor at the University of Zagreb. She has a multi-disciplinary background in ethnology, cultural anthropology, demography and French language and literature. She was a post-doctoral fellow in Strasbourg and Vienna; Humboldt Fellow in Munich, Berlin and Tübingen; visiting professor at Universities of Vienna, Ljubljana, Aix-en-Provence, Toulouse and Tübingen. She teaches courses on migration and transnationalism and critical studies of identity at the University of Zagreb. She was awarded State annual award (1998) and the award of Croatian Ethnological Society (2008). She has convened the 12th Congress of International Society for Ethnology and Folklore (SIEF) in Zagreb in 2015. 2014-2018 she was the lead researcher on the the project City-making: space, culture and identity (funded by Croatian Science Foundation).

Her research interests include labor and refugee migration, transnationalism and return migration, migrant incorporation in urban contexts, migrant identity- and place-making. Her earlier research and writing dealt mainly with co-ethnic migrations comparatively; her current research and writing discusses mainly labour and refugee migration in the European context. J. Čapo is the co-editor of seven collected volumes, author of seven books and about a hundred articles/chapters in journals and edited volumes (published in Croatian, English, German and French).

Katja Hrobat Virloget is an associate professor at the Faculty of Humanities of the University of Primorska. She also lectures at the UP FHŠ Touristika. She is currently the head of the Department of Anthropology and Cultural Studies at UP FHŠ. Her research topics are anthropology of memory, heritage, population movements, anthropology of space, time, mythology, folklore, intangible heritage, which are also the topics of her lectures. In her research projects, she deals mainly with the post-war “Istrian exodus” and immigration to Istrian towns, with her latest book, In the Silence of Memory (2021), dealing with the topic of memories, silence, migration, social relations of heritage, etc. In the applicative field, she conceptually set up a project to interpret the mythical landscape in Rodik, which takes place through the Interreg project Myth Park. She received an award from the Slovenian Science Foundation Prometheus of Science for excellence in communication for 2020. In 2021, she became a mentor to the Marie Curie project. She has organized a series of international scientific conferences on population movements and memory; she is the co-editor of the Studia mythologica Slavica, co-guest editor of the thematic issue Cultural analysis on ethnographies of silence (2021); she regularly collaborates with researchers abroad, where she also occasionally gives lectures. 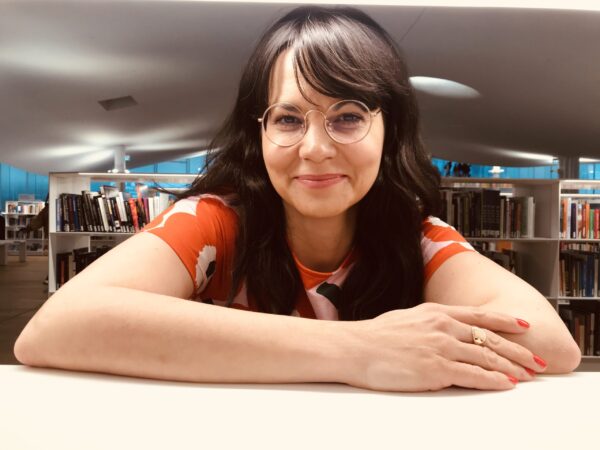 Marina Blagaić Bergman, PhD, is a research associate at the Institute of Ethnology and Folklore Research in Zagreb, Croatia. She gained her doctorate in 2014 in the interdisciplinary field of Island Studies with a thesis on the influence of the economy on the lives of islanders on the Adriatic Island of Šolta during the 20th and 21st centuries (Postgraduate Doctoral Studies in Ethnology and Cultural Anthropology at the Faculty of Humanities and Social Sciences, University of Zagreb). Apart from conducting ethnographic research on islands with the aim of contributing to Island Studies and island policies, she is also involved in projects within the fields of Anthropology of Migration, Urban Studies, Heritage Studies, and Anthropology of Food. She spent a year as a visiting researcher at the University of Helsinki (Department of Anthropology and Department of Gender Studies), where she participated in a project researching highly-skilled migrants’ experiences of professional integration in Finland. She is an editor in the journal Ethnologia Fennica and the director of the association Anatomy of Islands – Centre for Research and Development.

Miha Kozorog graduated at the Faculty of Economics and the Faculty of Arts of the University of Ljubljana. At this University, he achieved a PhD in ethnology in 2008. In 2007 he was a fellowship-holder at the University of Udine. For several years he was editing the ethnological/anthropological monograph series Zupanic’s Collection and was a collaborator of the academic network Roaming Anthropology, which connected the anthropology students on the territory of former Yugoslavia. He was the editor-in-chief of the Bulletin of the Slovenian Ethnological Society. As assistant professor for cultural and social anthropology he is employed at the Department of Ethnology and Cultural Anthropology of the University of Ljubljana, and as research fellow at ZRC SAZU. In 2012 his work was recognized by the Slovenian Research Agency as an exceptional scientific achievement in social and cultural anthropology. His fields of research include: space, place and landscape; tourism, festivals and locality; popular music; borders and borderlands; human-environment relations; economy.

Nevena Škrbić Alempijević is a professor at the Department of Ethnology and Cultural Anthropology, Faculty of Humanities and Social Sciences, University of Zagreb. She received her PhD at the same Department in 2006. She teaches courses at all study levels, which include: Cultural Anthropological Problems of the Mediterranean, Performance Studies in Ethnology and Cultural Anthropology, Anthropology of Social Memory, Ethno-cultural Problems of South-East Europe, Places as Spaces of Social Memory. Areas of her scientific interest are: social memory, place and space, urban ethnology, island studies, performance studies, studies of carnivals, festivals and other public events. For her work she received several awards of the Croatian Ethnological Society and the Faculty of Humanities and Social Sciences. Together with Valentina Gulin Zrnić, she received the Croatian State Award for 2019, for the book “A City as an Encounter. The Ethnography of Zagreb Squares“, published in Croatian. She is currently the president of the International Society for Ethnology and Folklore (SIEF).

Nina Vodopivec is a social anthropologist. Since 2006, she has worked at the Institute of Contemporary History in Ljubljana, Slovenia. Between 2006 and 2008, she managed the Research Infrastructure program; in 2009, she coordinated the international project Dariah, funded by the 7th Framework Program for Research and Technological Development. In 2010, she lectured at the Wittenberg University in Ohio as a Fulbright Scholar. Since 2010, she has worked as a research fellow in the Economic and Social History program. She has studied processes of postsocialist and neoliberal transformations, in particular concerning experiences of work. Her work has encompassed empirical research of the lives of industrial workers, but also social entrepreneurs and social experimentators. She has studied social changes also concerning experiences of time: past, present, and future. She has presented her research results in numerous scientific and expert articles and at conferences in Slovenia and abroad. She has strived for the popularization of science. 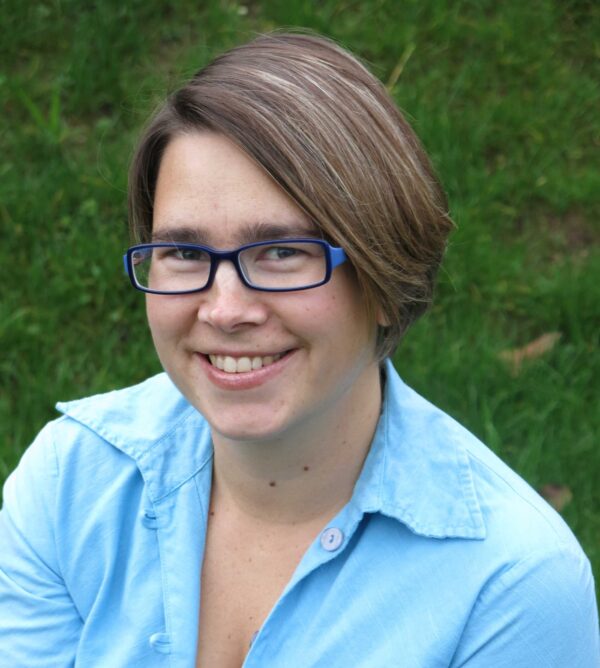 Saša Poljak Istenič is a research fellow at the Institute of Slovenian Ethnology ZRC SAZU, Ljubljana, an assistant professor at the University of Maribor, Faculty of Tourism, and a guest lecturer at Alpen-Adria University Klagenfurt, Austria. She is engaged in research and applied projects covering topics of urban life, creativity, sustainability, social inclusion, and heritage. She has been the most renowned for her work on urban initiatives resisting the current social system and testing social models to overcome its anomalies. She has published several articles on the topic in academic journals as well as organized conferences and panels to raise awareness. During her career, she has received funding from the national research agency and European programs, led a national project, bilateral research, and two work packages of Interreg projects. She is the editor-in-chief of the scientific publication Glasnik SED and has been a guest editor for several thematic issues of Slovenian and Croatian ethnological journals.

Tatiana Bajuk Senčar is a Research Fellow at the Institute of Slovenian Ethnology ZRC SAZU and an Assistant Professor at the New University, Faculty for Slovenian and International Studies. Her research interests cover two overlapping areas: sustainable development and Europeanization processes.  Her recent work linked to sustainable development includes both basic and applied research centered on sustainable mobility in both urban and rural areas, and she has led the Slovene partnership in an EU project on rural sustainable mobility in the Slovene Alps.  She has also examined Europeanization and EU integration processes as they manifest themselves through (cross) border development, mobility, and (transnational) professional identity formations.  She has led four research projects and has collaborated on numerous others both in Slovenia and abroad. She is a member of the editorial board of the academic journal Traditiones and has been a guest editor of foreign scientific journals.  She also collaborates with institutions, local organizations, and communities in the form of applied projects as well as formal and informal consulting.

Valentina Gulin Zrnić, PhD, is a research advisor at the Institute of Ethnology and Folklore Research and a titular associate professor at the University of Zagreb, Croatia. Her research interests are various topics in urban anthropology and anthropology of space, particularly urban subjectivities, politics of space, public art, sustainable city, urban governance, post-socialist cities, etc. Two of her books (in Croatian) have been awarded by professional association and the state science award: Talk of the Neighbourhood: Meanings of City and Urban Localisms in Novi Zagreb (2009) and City as Encounter. Ethnographies of Zagreb Squares (with N. Škrbić Alempijević, 2019). She collaborates with artistic, educational, and civil association projects focused on current social and cultural urban issues.

Institute of Ethnology and Folklore Research

Faculty of Humanities and Social Sciences, University of Zagreb, Department of Ethnology and Cultural Anthropology

Faculty of Humanities University of Primorska